Camp Kesem at University of Cincinnati 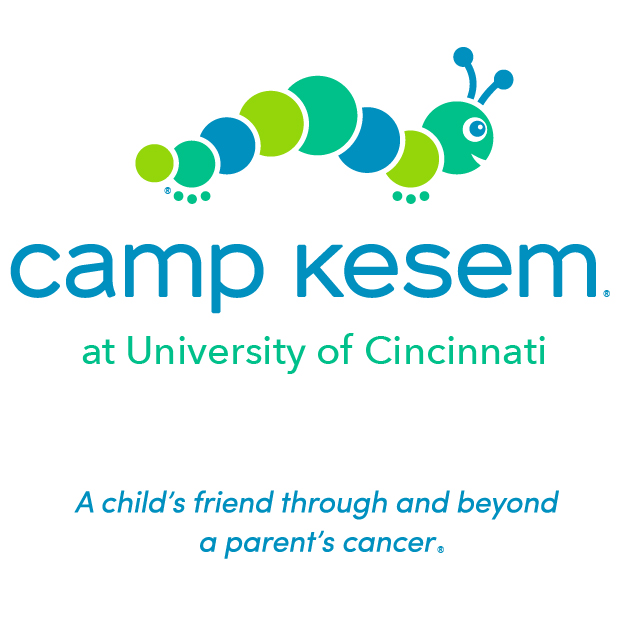 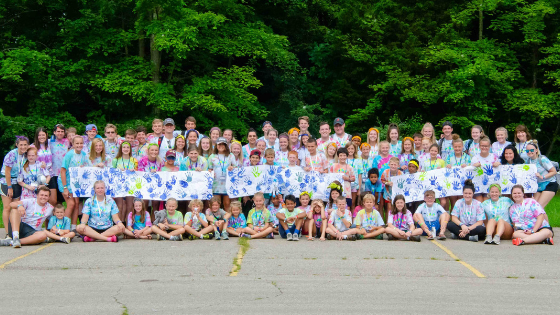 Veronica 'Jumping Bean' Romo: Favorite memory was first year of camp at the end of camp one of the camper families brought all the volunteers a rose and hugged and thanked every single volunteer for being a part of Kesem and being there for their family.

Rayla 'Scooby' Rohr: I always just love seeing the campers come out of their shells at our mock rock and talent shows. Kids will do the silliest acts like arm farts or stomach drumming and everyone is all for it and it's just a magical feeling!

Emily 'Honey ' Standen : I am looking forward to Make the Magic and of course camp!

Elizabeth 'Lilypad' Neiheisel: My favorite Kesem memory was my first year at camp, when my group went to the zip line. I am afraid of heights and one of my campers was as well. We decided to climb up together, jump off together, and continue to encourage and cheer each other on!

Abby 'Goo' Rembold: My favorite Kesem memory was Closing Circle. Sitting around the camp fire for the final time and singing with everyone gave me chills. It was a truly special time I will never forget, and I cannot wait for it again this year!

Nick 'Pluto' Gusching: My favorite Kesem memory was writing to campers towards the end of camp. It was great to sit down and reflect about how much of an impact it had on me.

Sydney 'Squiddles' Frederick: Being able to be the Red Unit leader and be with all of the younger kiddos. They made my day every single day. Being able to be a leader for them, makes me happy. Even parents brought up how much of a difference I made for this kids.

Jaclynn 'Jack Jack' Ruberg: My favorite Kesem memory was when the boy campers kept "tricking" me to say campers real names so I would have to eat baby food. They would come up with random riddles and knock-knock jokes until I would say a name.

Rachel 'Elsa' Budke: My favorite Kesem memory is always Messy Games! It's so fun to watch all the kids be their funny and goofy selves. It's even more fun to watch them forget about everything else and just be in the moment with their Kesem family.

Jalynn 'Piglet' Johnson: I am looking forward to seeing all of the campers and their families again at Friends and Family Day, and I am excited for Messy Games at camp!

Veronica 'Tink' Garberding: My favorite Kesem memory so far would be having to eat baby food for saying a non-Kesem name. Though it was nasty, it made the campers super happy and that is what I love to see. Big smiles on happy camper's faces is one of the many reasons I Kesem.

Mikaela 'Mickey' Allee: My favorite Kesem memory is when the TLP program did a campfire just the with the LITs. We spent great quality time together. We were able to bond in a way we hadn't been able to before. It was the most special night of the week for me.

Rachel 'Squirt' Reeder: My favorite Kesem memory encompasses camp in 2019. I was a one on one counselor for a camper with autism. This week with her was magical and rewarding because I was able to see her blossom in new friendships and step our of her comfort zone.

Matt 'Gopher' York: My favorite Kesem memory was the last cabin chat with the yellow unit kids. It was a perfect blend of emotional and hilarious, and it made my heart so full.

Sydney 'Cocoa ' Grill : My favorite Kesem memory has been my first counselor training retreat last year. This is when I really felt the difference that Kesem makes within individuals involved and I think was a huge turning point in my Kesem experience.

The original funding to launch Camp Kesem at the University of Cincinnati was generously provided by the Johnson Family Foundation.

Abi joined the Camp Kesem National team as a Regional Program Director in 2016. Her first experience of Kesem was in 2005 as a camper at Camp Kesem at Indiana University. After losing her father to cancer in 2010, Abi was inspired to give back by becoming a Camp Kesem counselor in college. In the years following, Abi went to Indiana University and was able to be a Coordinator for three years and served as Co-Director her senior year. She graduated in 2015 with a Bachelors of Arts in Telecommunications. Originally from San Diego, California, Abi now resides in Cincinnati, Ohio.

A child's friend through and beyond a parent's cancer ®
© 2019 Kesem. All rights reserved.
admin